In addition to being a good way to exercise, cycling is a very convenient way to explore a new area. In many places, vehicles are not allowed because of their noise and pollution they cause, only cycling is allowed. So those who wish to explore Singapore at their leisure, would like to get information about the cycling routes in singapore so that they can choose the right route. There are multiple cycling routes available in the different areas of the city, north, south, east, west and central area, and some of the criteria which should be used for choosing the right route are listed below

The cyclist will usually have a limited time planned for cycling based on his schedule for the day. Depending on his cycling speed, cycle used, he will be able to cover only a limited distance in the time available. Hence he should check the distance of the cycling route before taking a decision. In some cases, the cycling route is a loop, where the end point and the starting point are the same, so additional travel arrangements are not necessary. In other cases, the cyclist will also have to make additional travel arrangement after reaching the end of the route. The cyclist will often stop for snacks and meals and the time spent eating will reduce the distance covered.

Singapore has cycling routes on different terrains, like along beaches, coastal areas as well as hills and similar terrain. It will usually take more effort to cycle uphill, compared to cycling on flat areas along beaches. If the person is not very physically fit and has not been cycling regularly, it is advisable to choose the easier routes on flat terrains. Experienced and fit cyclists can choose hilly terrains. It is also important to have the right cycle for the route selected. For hilly terrains, it is advisable to use mountain bikes, preferably with power boost option available. 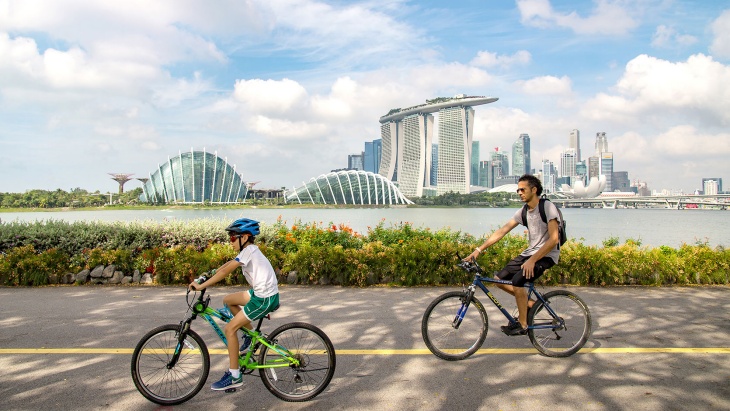 The cyclist should choose a route in the area of Singapore which he wishes to explore. Many of the cycling routes in Singapore are passing through nature parks and reserves. These routes are popular among nature lovers, those who wish to spot flora and fauna in Singapore like otters, macaques, drongos and orioles. In other cases, the cyclist may wish to explore the coast line of singapore, watch the ships and beaches. Many cyclists prefer to choose to uncover cycling spots route near the place where they are living, since they do not have to spend time, effort, carrying their bike.

What Are The Benefits Of ERP In Retail Business

One of the sectors that are doing quite well now in Singapore is the retail industry. While it is continuously growing, this sector is also facing some challenges related to operations. This can lower the company’s profitability. Hence, you will need a core principle that can really help in proper planning and organizing. ERP or […]

The Need For Cleaning Service Professional

Cleanliness is the first thing that people notice when they enter your house or office. You should hire a good cleaning service company to make your house and office look clean and tidy. If you hired a cleaning professional in the past and you are not satisfied with their work then you should know there […]